People want democracy in Hong Kong? Simple answer is: as long as China continues to have sovereignty over Hong Kong, that’s impossible.

During an interview with Bloomberg, CY Leung basically admitted that China controls the way what “democratic election” is about:

One Country Two System? A complete utter LIE from day one!

Put it quite simply: how could a communist dictatorship govern a city-state that’s semi-democratic (part of the legislature is elected by the people) and practices capitalism? Hong Kong courts practice Common Law, and all are innocent until proven guilty, and China is completely the opposite (guilty until proven innocent); education system: completely different; lifestyle: completely different; culture: share some similarities but not quite; etc.

Why did the Brits agreed to hand Hong Kong over to China is still a mystery. China never owned Hong Kong to start with! It was the Qing (translation from Chinese: Great Qing Country) who owned Hong Kong (HK Island and Kowloon Peninsular), which was ceded to England perceptually. The New Territories were leased to the Brits for 99 years (I hate keep repeating myself, but once again 99 years in Chinese language is the equivalent of eternity). If the Brits wanted to “hand Hong Kong back” to a country, they really should have gone to Taiwan which holds the treaties about the above because Kuomintang was the one that overthrew Qing.

In any case, the Brits should have known better that Chinese cannot be trusted (Hong Kongers aren’t Chinese – Chinese is a concept/term that is so vague which covers a lot of things the Western world refer to, which is a massive topic). They must have seen the impossibility of this “One-Country-Two-System” crap. What were the Old China Hands thinking? Do you honestly think that by living in China for a few years you’re able to understand Chinese? Have you read the famous book The Ugly Chinaman and the Crisis of Chinese Culture by Bo Yang. It is such a shame that the book I Don’t Want to Be Chinese Again was not out earlier.

The UN allowed the Chinese to bully them over the issue of taking Hong Kong and Macau off the list of colonies in the 70s was beyond believe. All the nations in the UN are guilty for helping China to conolise Hong Kong. They should right their wrongs.

A friend forwarded this article to me which is very encouraging. 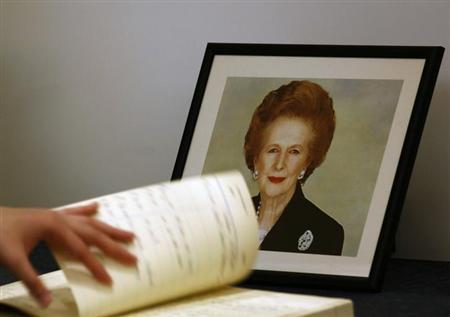 Margaret Thatcher, Former Prime Minister of the UK, died on 8th April. This news has been covered by every newspaper, forum, discussion board and Facebook page in Hong Kong. Although the world (and the majority of the people of Hong Kong) are evaluating what she’s done when she was in office, people in Hong Kong, especially the local, began to look at what has she done during the Sino-British negotiation back in the late 70s and 80s. Did the Iron Lady actually fight for Hong Kong? Or was she not really that tough a Prime Minister after all when she faced the Commies?

I found a short post on the most popular discussion forum in Hong Kong, Golden Forum, and below is the translation (not word for word as I felt it is important to elaborate to give more details to the context):

The misunderstandings average Hong Kongers have against the UK:

Recently, some organisations and individuals have started to ask “was Britain that good?” “Britain betrayed Hong Kong, why would Hong Kongers still miss the colonial days?”.  I believe that Hong Kongers must learn about what actually happened back then before the phrases “Hong Kong became a British colony” and “Hong Kong was suddenly being returned”. Text books nor the media would not reveal all the facts as they need to make a living (note: given that they need to have the business from pro-China or China-backed organisations, individuals, etc)

As all should know (note: evidentially not known to many Brits), when Qin government lost in wars, Hong Kong Island and Kowloon were ceded to Britain perpetually, whilst the New Territories were leased to Britain (note: for 99 years, which in Chinese language it is equivalent to eternity). Why did Britain pick Hong Kong (a small fish village back then)? The British army had been fighting the Qin government’s troop (led by Lin Tse-Hsu) but could not defeat them, to make the situation more difficult, they were running out of fresh water, but the Macau government then refused provide supply to the British army. Fortunately, people in Hong Kong provided supply to the British troop which eventually helped them beat Qin. Although Admiral Sir Charles Elliot, who led the army, put England’s interest first, he understood that Qin government would not let the people of Hong Kong off. He risked his career and proposed to take over Hong Kong in order to protect the people of Hong Kong, purely because of his morality. This is completely different from the Chinese history books which say “the British government was not pleased about the benefits they could get from the Convention of Chuenpee” (this can be referenced to the letter Charles Elliot sent to the governor of India, which has been categorised as historical fact).

This is when Hong Kong began to turn into a British colony.

The people of Hong Kong had been doing just fine, why was there a sudden “being returned to China”? Many thought that it was because of the lease (note: New Territories) was up, but there is a fundamental fault in this theory.

To understand this, one must understand some international resolutions:

According to United Nations Security Council resolution 1516 (noted: a feedback suggests that this should be General Assembly resolution 1514), colonies have right for self determination, meaning colonies can determine whether to go independent, remain status quo, etc.

As of 14th December 1946, United Nations General Assembly still recognised Hong Kong as one of the non-self-governing colonies. It is important to note that the definition of Hong Kong included Hong Kong Island, Kowloon, New Territories, outer islands and relevant territorial water (New Territories and outer islands in Hong Kong were “leased to the British for 99 years” in the Treaty of Nanking – please also note in Chinese language, 99 is a symbol representing “forever” and “eternity”).

As stated in the Article 73 (b) of the Charter of the United Nations: Members of the United Nations which have or assume responsibilities for the administration of territories whose peoples have not yet attained a full measure of self-government recognize the principle that the interests of the inhabitants of these territories are paramount, and accept as a sacred trust the obligation to promote to the utmost, within the system of international peace and security established by the present Charter, the well-being of the inhabitants of these territories, and, to this end:

This is all because of the trickery China played. In 1972, just before the United Nations was going to pass Resolution 2908 (Implementation of the Declaration on the Granting of Independence to Colonial Countries and Peoples), China threatened the members that they have to agree on taking Hong Kong and Macau off the list of colonies in the EU. At that time, Fiji, Sweden and Venezuela objected this notion. The UK, based on the mainstream public opinion (which was remain to be a British colony, a status quo), wrote to the Secretary-General of the UN, objecting the General Assembly’s resolution that Hong Kong is China’s territory. Given that China had (and still has) a lot of “friends” in the UN, the UK had no choice but to accept the resolution and to focus on getting the the best for Hong Kong in preparation of it “being returned to China”.

This is how Hong Kong ended up having to be handed over to China. The noise calling for Hong Kong independence that recently surfaced is reasonable and legitimate.